I think we were lucky last year. Between the two of us, we only got a dozen or so mosquito bites and while this place wasn’t terrible, it is well known for mosquitoes, so I guess that’s what we got.

Besides that, there were thousands of Pacific tree frogs. They didn’t bite like the mosquitoes though. Every step we took around Race Track Lake had about 4-8 of them jumping out of our way. None of them larger than a quarter, most of them smaller than a dime.

It was kind of a quick and dirty hike in and out because of the bugs and I think we’ll head back in in the fall to climb up to the top of Red Mountain.

“Indian Race Track was, historically, an annual gathering place for Native Americans during the berry season until the early 1900s. From eyewitness reports, we know that thousands of people from the Yakama, Klickitat, and Columbia River tribes would gather here each year. Not only was this a good huckleberry site but it was located along a historic cross-Cascades route that was used for trade. The track was used for pony races and is about 10-feet-wide and more than 2,000 feet long. It can still be seen today in a large meadow near the base of Red Mountain, about one-half mile from the Pacific Crest National Scenic Trail #2000.” 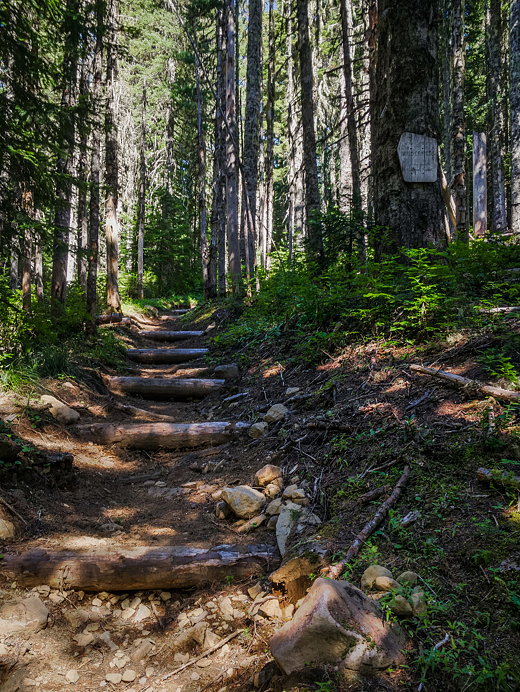 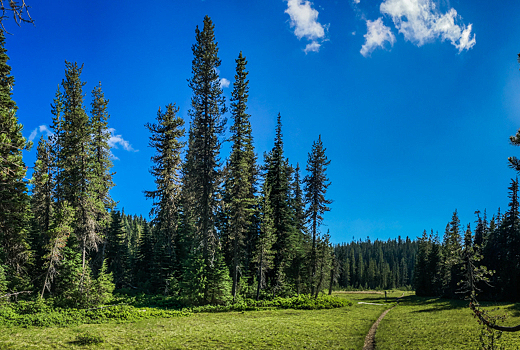 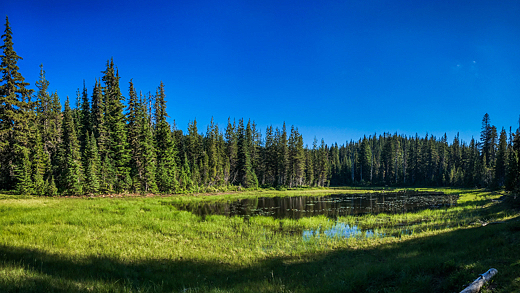 You will need to create an account and/or login to see the map with hike track and photo locations.